In the beginning, there was const. And people saw that const was good. And then the people said: let there be constexpr, and consteval, and constinit. And thus, starts this article about constant functions and variables in C++20, which I will try to keep short and concise.

The term const correctness refers to using constants whereever is possible. However, the exact placement of the const specifier has generated a great debate within the C++ community between those that advocate the use of it on the left or right side of the type. These alternatives are called East const and West const.

I have been using East const for many years and I believe it’s the better alternative. I will not get into the details here, but you can read more about it here: Join the East const revolution!

As of C++17, constants (and variables in general) can be declared inline. This makes it possible to define global constants in a header file, or initializing static const members of a class in a header, without risking to generate multiple definitions for the same symbol when the header is included in more than one translation unit.

The constexpr specifier was introduced in C++11 to indicate that a variable or function can appear in a constant expression, which is an expression that can be evaluated at compile time.

Specifying constexpr for a function does not mean that the function is always evaluated at compile-time. This is done only when it’s possible. If invoked with arguments that are not constant expressions, the evaluation will only happen at runtime, as shown in the following example.

constexpr can be used not only with variables and functions, but also member functions, constructors, and as of C++20 with virtual functions. There are various other changes in C++20 related to constexpr:

Before getting to the constinit specifier, let’s talk about initialization. There are various forms of initialization in C++. Zero initialization sets the initial value of an object to zero. It happens in several situations:

Constant initialization sets the value of a static variable to a compile-time expression. It can have the following forms:

On the other hand, variables with static duration that have constant initialization are initialized at compile time and therefore can be safely used when performing dynamic initialization of translation units.

The constinit specifier can be applied to variables with static storage duration and requires the variable to have a constant initializer. This specifier helps communicating the intention to both the compiler and other programmers. The specifier can be used on any declaration of a variable; however, if it is present on some declaration but not on the initializing declaration, the program is ill-formed.

The following is an example from the P1143R2 paper.

Keep in mind that…

At most one of the constexpr, consteval, and constinit specifiers is allowed to appear within the same sequence of declaration specifiers.

For more information about these topics see:

7 Replies to “Let there be constants!” 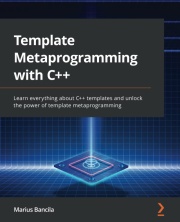