Visual Studio 2017 has been officially launched today. The release notes contain a summary of all the changes available in the new version. This post is focused on the changes for C++ development.

The Visual C++ team has released a series of blog posts to document some of the new features. Here is a list of them:

Of all the changes and new features in VC++ 2017 (that are described in details in the articles mentioned above) there are several that I want to mention:

Here are a couple of screenshots from installing Visual Studio: 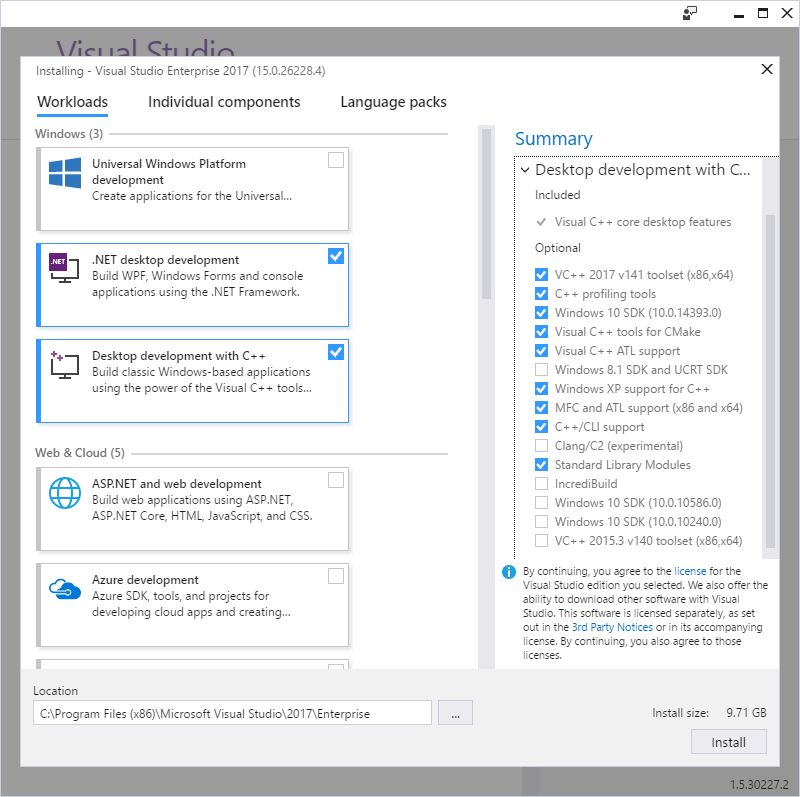 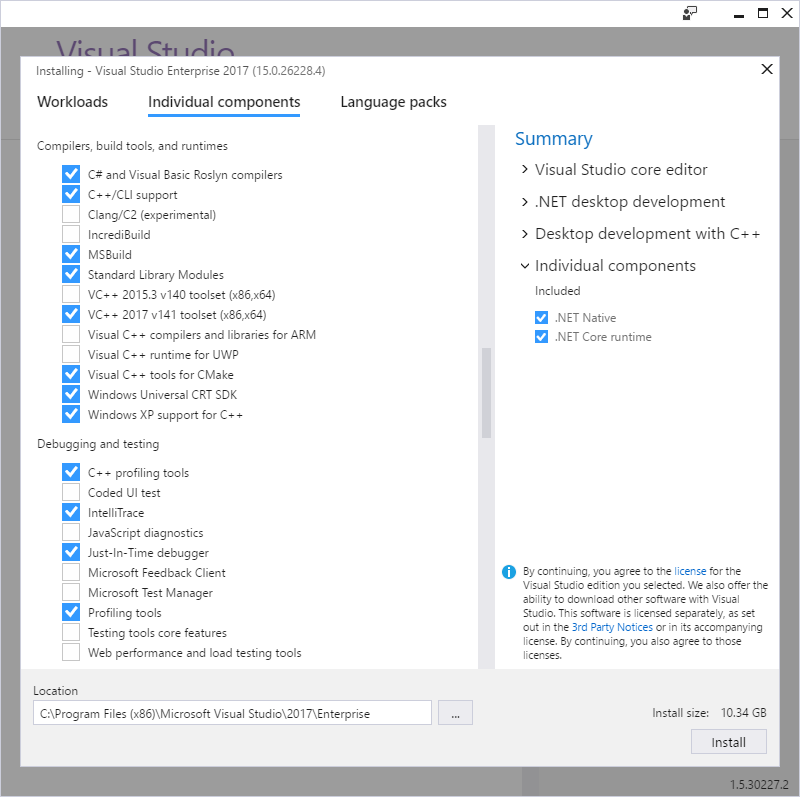